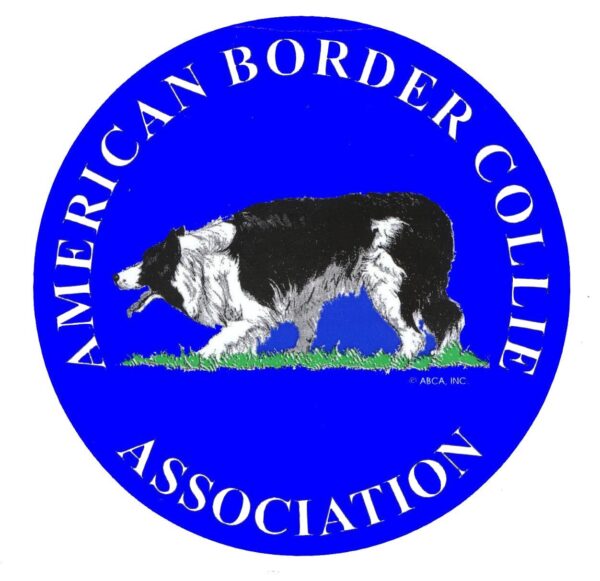 The ABCA contributes $16,000 to the National Sheepdog Finals each year, for livestock costs and prize money. They give a like amount yearly to support local and regional stockdog trials, and $10,000 to the National Cattledog Finals.
The dogs you will see here are Border Collies, a breed originally developed by shepherds in Great Britain to be their partners in the management of sheep over vast tracts of open land. These remarkable dogs are still needed today on farms and ranches all across our country. Their instincts and abilities have been honed through careful breeding focused solely on the traits and qualities needed for this demanding work – they are defined by their work, not by their appearance.

So while these trials are an exciting competition, they serve a deeper purpose as well. They are a tough proving ground which breeders can use to measure the success of their breeding programs, and to help them select the sires and dams who will produce the next generation of working Border Collies. As the principal registry for Border Collies in the United States, and the largest Border Collie registry in the world, the American Border Collie Association is proud once again to be the major sponsor of these Finals. We thank all whose efforts and support made them possible.

The USBCHA was formed in 1979 to insure the preservation of the Border Collie as a working stockdog. The United States Border Collie Handler’s Association, Inc. (USBCHA) is the sanctioning body for sheep and cattledog trials throughout the United States and Canada. It has grown into an organization of more than 800 members. The organization selects the site for the National Finals, choses the judges, sets the trial courses, and provides significant funding towards operating costs and prize money for the event.

USBCHA Members who qualify at sanctioned Open and Nursery trials during the year are eligible to compete in the USBCHA National Sheep and Cattle Dog Finals to determine the champion Open or Nursery dog and handler for that year. President:  Herbert Holmes, Vice-President:  Geri Byrne, Secretary/Treasurer:  Francis Raley.